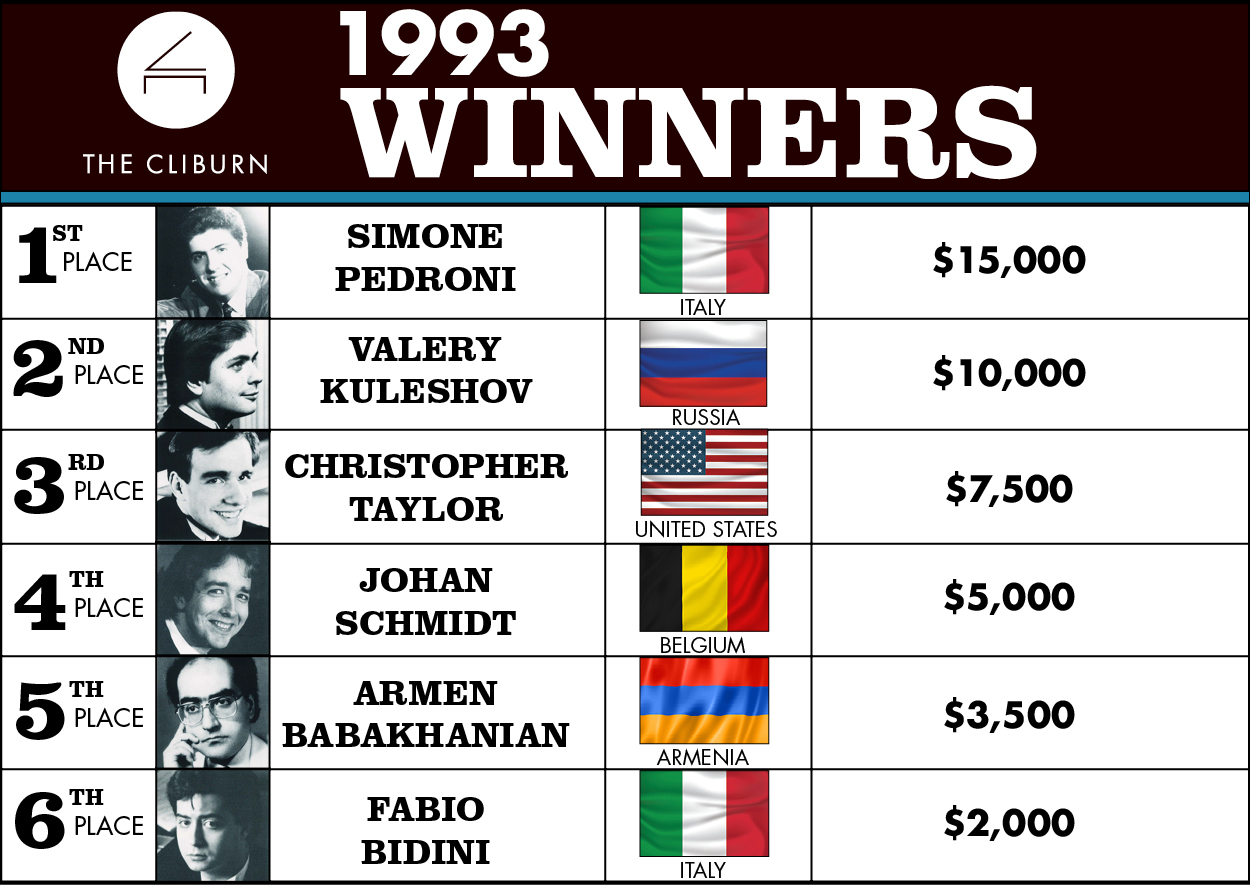 SIMONE PEDRONI  After winning the gold medal, the Italian went on to a busy performing and recording career. A champion of film music in the concert hall, he made his conducting debut in 2015 leading John Williams’ music for Star Wars in a series of sold-out performances in Italy. He will soon release a recording of his own Williams piano transcriptions.

VALERY KULESHOV  The Russian silver medalist has served as artist-in-residence at the University of Central Oklahoma’s College of Fine Arts and Design since 1998.

CHRISTOPHER TAYLOR  The American bronze medalist has earned a reputation for his advocacy of music from the past 100 years—Messiaen, Ligeti, and Bolcom—and for his performances of Bach’s Goldberg Variations on a double-manual Steinway. He has actively promoted the rediscovery and refurbishment of that instrument, and over the past five years has also been building a modernized version of it.

FABIO BIDINI  A Steinway artist, Mr. Bidini has recorded 13 CDs. He continues to tour Europe and North America as a soloist and recitalist, and is the new pianist of Trio Solisti. In 2015, he became the first occupant of the Carol Grigor Piano Chair at the Colburn School in Los Angeles, and he is professor of piano at the Hochschule für Musik Hanns Eisler in Berlin.